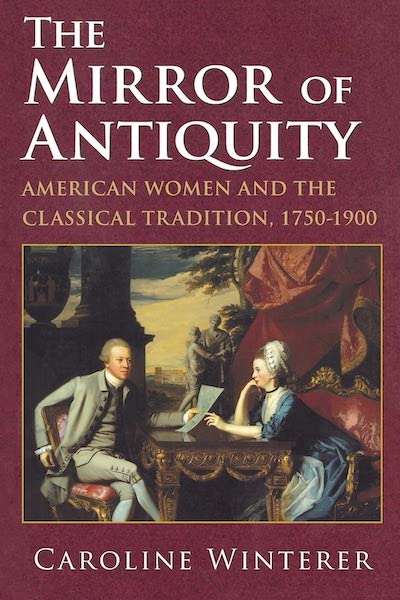 In The Mirror of Antiquity, Caroline Winterer uncovers the lost world of American women's classicism during its glory days from the eighteenth through the nineteenth centuries. Overturning the widely held belief that classical learning and political ideals were relevant only to men, she follows the lives of four generations of American women through their diaries, letters, books, needlework, and drawings, demonstrating how classicism was at the center of their experience as mothers, daughters, and wives. Importantly, she pays equal attention to women from the North and from the South, and to the ways that classicism shaped the lives of black women in slavery and freedom.In a strikingly innovative use of both texts and material culture, Winterer exposes the neoclassical world of furnishings, art, and fashion created in part through networks dominated by elite women. Many of these women were at the center of the national experience. Here readers will find Abigail Adams, teaching her children Latin and signing her letters as Portia, the wife of the Roman senator Brutus; the Massachusetts slave Phillis Wheatley, writing poems in imitation of her favorite books, Alexander Pope's Iliad and Odyssey; Dolley Madison, giving advice on Greek taste and style to the U.S. Capitol's architect, Benjamin Latrobe; and the abolitionist and feminist Lydia Maria Child, who showed Americans that modern slavery had its roots in the slave societies of Greece and Rome. Thoroughly embedded in the major ideas and events of the time—the American Revolution, slavery and abolitionism, the rise of a consumer society—this original book is a major contribution to American cultural and intellectual history.