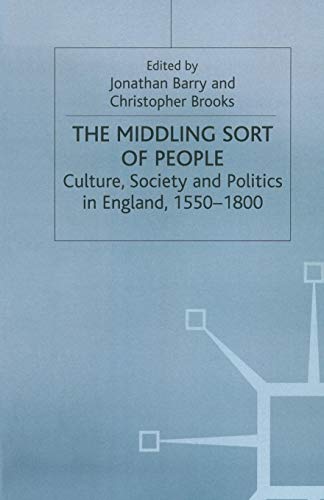 This volume of essays seeks to offer a radical re-evaluation of most of our preconceptions about the early-modern English social order. The majority of people who lived in early-modern England were neither very rich nor very poor, yet a disproportionate amount of historiography has been directed towards precisely these groups. This book intends to define the term 'middle classes' and treat them as active participants of history, rather than as a simple by-product rising and falling according to others' activities.