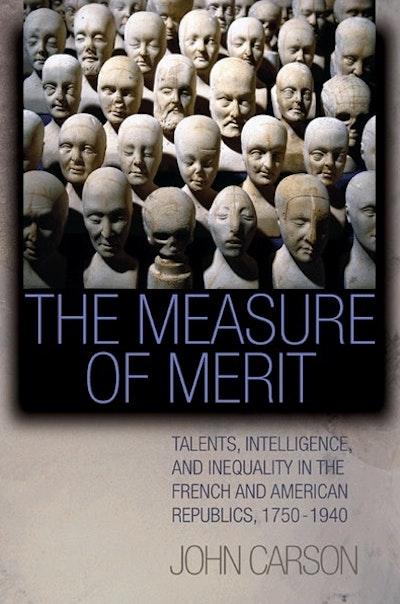 How have modern democracies squared their commitment to equality with their fear that disparities in talent and intelligence might be natural, persistent, and consequential? In this wide-ranging account of American and French understandings of merit, talent, and intelligence over the past two centuries, John Carson tells the fascinating story of how two nations wrestled scientifically with human inequalities and their social and political implications.

Surveying a broad array of political tracts, philosophical treatises, scientific works, and journalistic writings, Carson chronicles the gradual embrace of the IQ version of intelligence in the United States, while in France, the birthplace of the modern intelligence test, expert judgment was consistently prized above such quantitative measures. He also reveals the crucial role that determinations of, and contests over, merit have played in both societies — they have helped to organize educational systems, justify racial hierarchies, classify army recruits, and direct individuals onto particular educational and career paths.

A contribution to both the history of science and intellectual history, The Measure of Merit illuminates the shadow languages of inequality that have haunted the American and French republics since their inceptions.