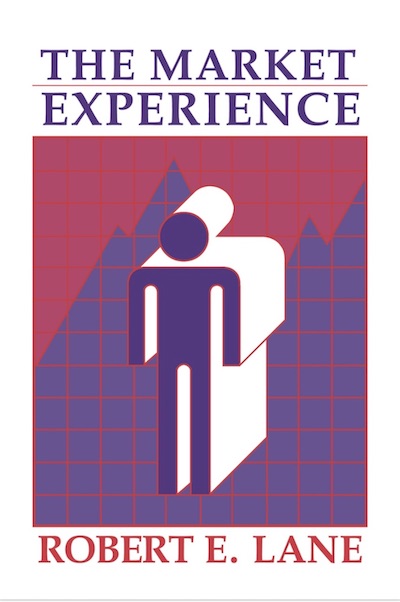 In a period when market economies are widely recognized as the most desirable form of economic organization, Robert Lane offers evidence that the major premises of market economics are mistaken. Lane shows that work, far from being a disutility, as economic theory would have it, is instead one of two major sources of lifetime satisfaction, and that money income, despite being a source of utility that compensates a person for his or her sacrifices at work, contributes very little to a sense of well-being. This reversal of the premises of market economics suggests a major, axial shift in the way we think about our economies. Lane proposes that the market be judged primarily by its capacity to yield two benefits: happiness and personal development, the latter defined as cognitive complexity, autonomy or a sense of being in control of one's own life, and self esteem. Traditional attention to production outputs and economic rewards has, says Lane, blinded us to the important ways in which the processes of production contribute to the two benefits of happiness and personal development. Lane lays the foundation for a form of economic analysis that attends to processes as well as outcomes and by drawing on psychology, sociology, and economic anthropology for extensive evidence employed to support his arguments, he provides the basis for a fundamental change in the way we think about economics and society. Robert Lane is the author of many books and articles, among them Political Life (1959) and Political Man (1972). He is a Past President of the American Political Science Association, Policy Studies Organization and International Society of Political Psychology.