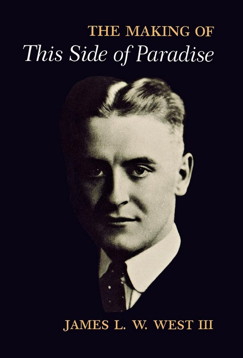 "To write it took three months; to conceive it—three minutes; to collect the data in it—all my life." So said F. Scott Fitzgerald regarding This Side of Paradise, the novel he began writing in November 1917 and published on March 26, 1920. This Side of Paradise launched Fitzgerald as the "Prophet of the Jazz Age" and the spokesman for his generation. It is still one of the major reasons for his fame today. The story of how Fitzgerald wrote and published the book is fascinating. In The Making of "This Side of Paradise", James West studies the inception, composition, publication, and textual history of the novel. He traces its growth from its earliest version, entitled "The Romantic Egotist," to its final published form. Based on preserved documentary evidence—fragments of "The Romantic Egotist," the manuscript of This Side of Paradise, surviving correspondence, and other papers—this volume blends the techniques of biographical, critical, and textual scholarship to tell the story of the making of the quintessential novel of the twenties.