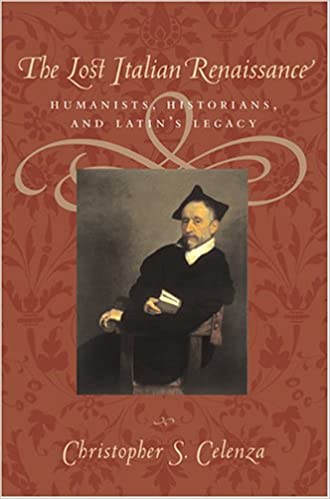 In The Lost Italian Renaissance, historian and literary scholar Christopher Celenza argues that serious interest in the intellectual life of Renaissance Italy can be reinvigorated—and the nature of the Renaissance itself reconceived—by recovering a major part of its intellectual and cultural activity that has been largely ignored since the Renaissance was first "discovered": the vast body of works—literary, philosophical, poetic, and religious—written in Latin.