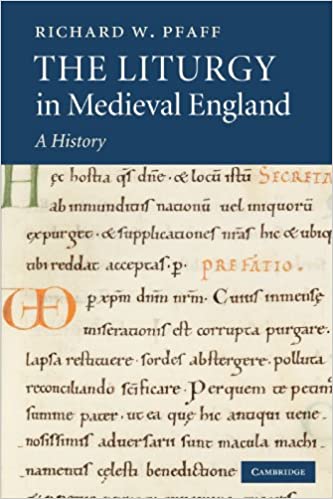 This book provides a comprehensive historical treatment of the Latin liturgy in medieval England. Richard Pfaff constructs a history of the worship carried out in churches - cathedral, monastic, or parish - primarily through the surviving manuscripts of service books, and sets this within the context of the wider political, ecclesiastical, and cultural history of the period. The main focus is on the mass and daily office, treated both chronologically and by type, the liturgies of each religious order and each secular 'use' being studied individually. Furthermore, hagiographical and historiographical themes - respectively, which saints are prominent in a given witness and how the labors of scholars over the last century and a half have both furthered and, in some cases, impeded our understandings - are explored throughout. The book thus provides both a narrative account and a reference tool of permanent value.