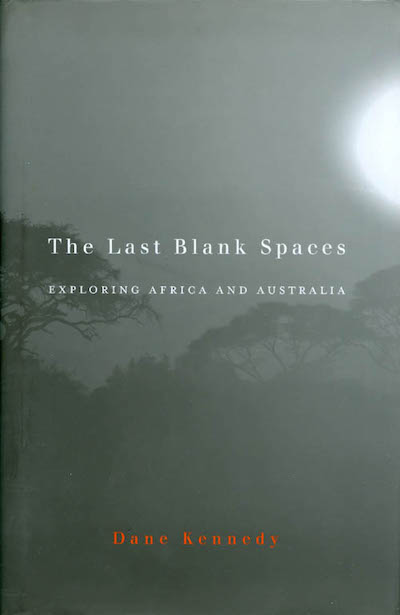 For a British Empire that stretched across much of the globe at the start of the nineteenth century, the interiors of Africa and Australia remained intriguing mysteries. The challenge of opening these continents to imperial influence fell to a proto-professional coterie of determined explorers. They sought knowledge, adventure, and fame, but often experienced confusion, fear, and failure. The Last Blank Spaces follows the arc of these explorations, from idea to practice, from intention to outcome, from myth to reality.

Those who conducted the hundreds of expeditions that probed Africa and Australia in the nineteenth century adopted a mode of scientific investigation that had been developed by previous generations of seaborne explorers. They likened the two continents to oceans, empty spaces that could be made truly knowable only by mapping, measuring, observing, and preserving. They found, however, that their survival and success depended less on this system of universal knowledge than it did on the local knowledge possessed by native peoples.

While explorers sought to advance the interests of Britain and its emigrant communities, Dane Kennedy discovers a more complex outcome: expeditions that failed ignominiously, explorers whose loyalties proved ambivalent or divided, and, above all, local states and peoples who diverted expeditions to serve their own purposes. The collisions, and occasional convergences, between British and indigenous values, interests, and modes of knowing the world are brought to the fore in this fresh and engaging study.