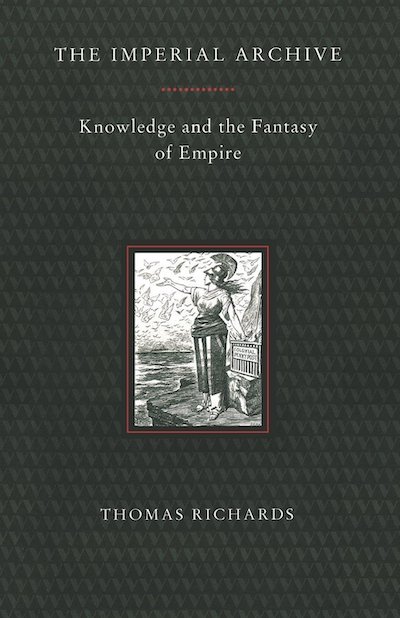 Nineteenth-century Britain could be seen as the first information society in history—for the simple reason that it accumulated knowledge from the far-flung corners of its empire faster than it could easily digest it. The British Empire presented a vast administrative challenge; by meeting that challenge through maps and surveys, censuses and statistics, Victorian administrators developed a new symbiosis of knowledge and power. The narratives of the late nineteenth century are full of fantasies about an empire united not by force or civil control but by information.

In The Imperial Archive, Thomas Richards analyzes the ways in which the Victorian organization of knowledge was enlisted into the service of the British Empire, as fields like biology, geography and geology began to function almost as extensions of British intelligence. Richards argues that the techniques invented for managing this information explosion established an enduring axis between knowledge and the state and also suggested a powerful new direction for the novel. He illustrates his argument by careful reference to a variety of institutions—above all the growth of the museum—and texts, including works by Rudyard Kipling, Erskine Childers, H.G. Wells and Bram Stoker.