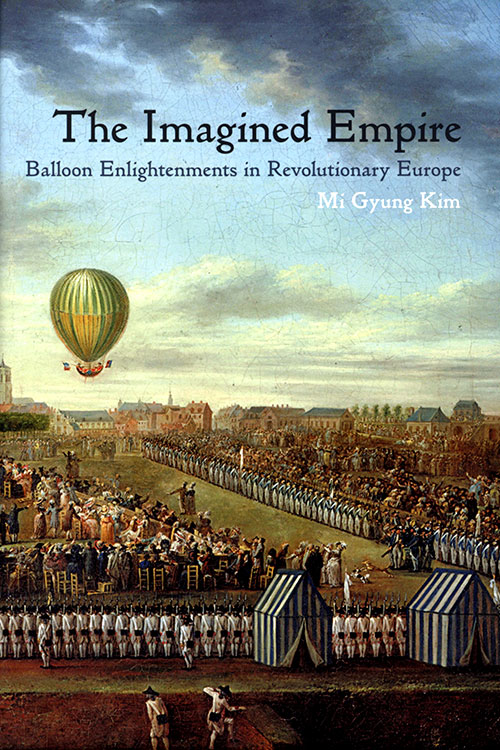 The hot-air balloon, invented by the Montgolfier brothers in 1783, launched for the second time just days before the Treaty of Paris would end the American Revolutionary War. The ascent in Paris—a technological marvel witnessed by a diverse crowd that included Benjamin Franklin—highlighted celebrations of French military victory against Britain and ignited a balloon mania that swept across Europe at the end of the Enlightenment. This popular frenzy for balloon experiments, which attracted hundreds of thousands of spectators, fundamentally altered the once elite audience for science by bringing aristocrats and commoners together.

The Imagined Empire explores how this material artifact, the flying machine, not only expanded the public for science and spectacle but inspired utopian dreams of a republican monarchy that would obliterate social boundaries. The balloon, Mi Gyung Kim argues, was a people-machine, a cultural performance that unified and mobilized the people of France, who imagined an aerial empire that would bring glory to the French nation. This critical history of ballooning considers how a relatively simple mechanical gadget became an explosive cultural and political phenomenon on the eve of the French Revolution.