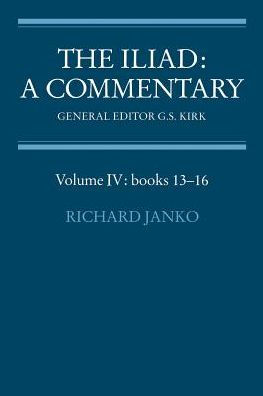 This, the fourth volume in the six-volume Commentary on the Iliad being prepared under the General Editorship of Professor G. S. Kirk, covers Books 13-16, including the Battle for the Ships, the Deception of Zeus and the Death of Patroklos. Three introductory essays discuss the role of Homer's gods in his poetry; the origins and development of the epic diction; and the transmission of the text, from the bard's lips to our own manuscripts. It is now widely recognized that the first masterpiece of Western literature is an oral poem; Professor Janko's detailed commentary aims to show how this recognition can clarify many linguistic and textual problems, entailing a radical reassessment of the work of Homer's Alexandrian editors. The commentary also explores the poet's subtle creativity in adapting traditional materials, whether formulae, typical scenes, mythology, or imagery, so as best to move, inspire, and entertain his audience, ancient and modern alike. Discussion of the poem's literary qualities and structure is, where possible, kept separate from that of more technical matters.