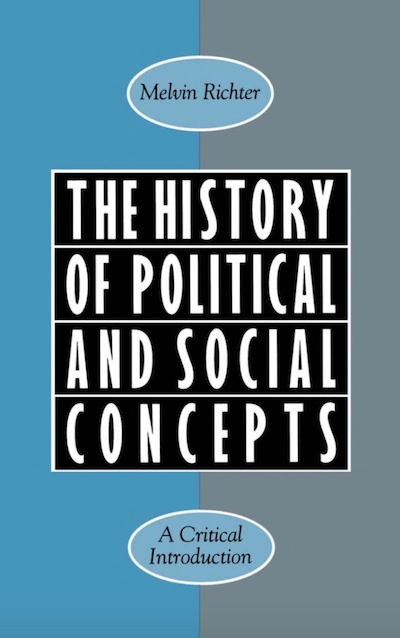 Since the 1960s, German scholars have developed distinctive methods for writing the history of political, social, and philosophical concepts. Applied to France as well as Germany, their work has set new standards for the historical study of political and social language, Begriffsgeschichte. The questions these scholars address, and the methods they apply systematically to a broad range of sources, differ as much from the styles of Hegel, Dilthey, and Meinecke as from those of A.O. Lovejoy, J.G.A. Pocock, and Quentin Skinner.

Begriffsgeschichte treats political language neither as autonomous discourse, nor as the product of ideology, social structure, or elite manipulation. Although conceptual historians agree that the field of action is defined by language, they place concept formation and use within historical contexts. By surveying political and social discourses systematically, this genre traces how the great modern revolutions have been conceptualized in sharply contested forms by competing political and social formations, as well as by individual thinkers. Combining intellectual with social history, historians of concepts track linguistically the advent, mentalities, and effects of modernity.

In The History of Political and Social Concepts, Melvin Richter analyzes the theories which have generated conceptual history, and their reinterpretation of key concepts such as Max Weber's three types of legitimate Herrschaft, and that of civilitÖè in France. What is it that we know when we learn the history of a concept? What difference does it make that we know it? After assessing the programs and achievements of Begriffsgeschichte, the author argues the need for an analogous project to chart the careers of political and social concepts used in English-speaking societies. Addressed not only to historians of political and social thought, this work will interest students and scholars of political culture, social historians, and historians of ideas, historiography, law, language, and rhetoric.