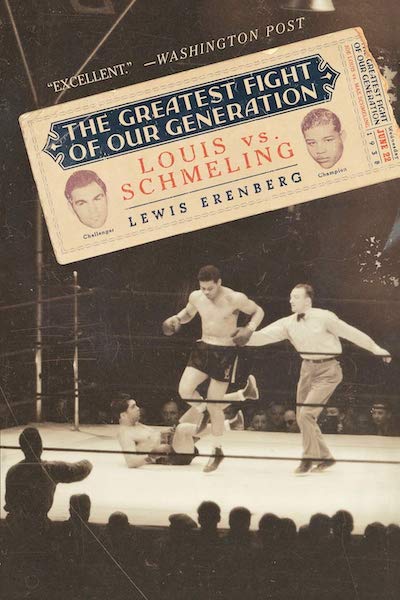 Held on June 22, 1938, in Yankee Stadium, the second Louis-Schmeling fight sparked excitement around the globe. For all its length--the fight lasted but two minutes--it remains one of the most memorable events in boxing history and, indeed, one of the most significant sporting events ever.

In this superb account, Lewis A. Erenberg offers a vivid portrait of Joe Louis, Max Schmeling, their individual careers, and their two epic fights, shedding light on what these fighters represented to their nations, and why their second bout took on such international importance. Erenberg shows how in the first fight Schmeling shocked everyone with a dramatic twelfth-round knockout of Louis, becoming a German national hero and a (unwilling) symbol of Aryan superiority. In fact, the second fight was seen around the world in symbolic terms--as a match between Nazism and American democracy. Erenberg discusses how Louis' dramatic first-round victory was a devastating blow to Hitler, who turned on Schmeling and, during the war, had the boxer (then serving as a paratrooper) sent on a series of dangerous missions. Louis, meanwhile, went from being a hero of his race--"Our Joe"--to the first black champion embraced by all Americans, black and white, an important step forward in United States race relations. Erenberg also describes how, after the war, the two boxers became symbols of German-American reconciliation. With Schmeling as a Coca Cola executive, and Louis down on his luck, the former foes became friends, and when Louis died, Schmeling helped pay for his funeral.

Here then is a stirring and insightful account of one of the great moments in boxing history, a confrontation that provided global theater on an epic scale.