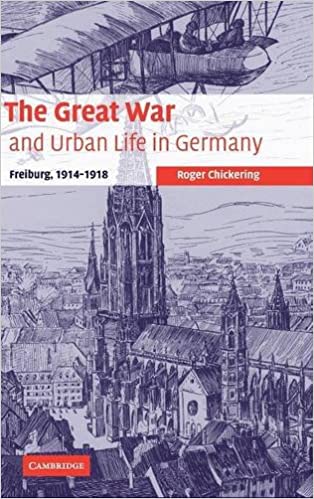 In deference to the principle that total war requires total history, Roger Chickering traces the all-embracing impact of the First World War on life in the German city of Freiburg. His book shows how the war took over every facet of life in the city, from industrial production to the supply of basic material resources, above all food and fuel. It documents the breakdown of distinctions between the home front and the fighting front, as the city fell victim to strategic bombing. It analyzes the war as a sensory experience, which could be seen, heard, felt, smelled, and tasted as it exhausted the city, drained it of residents, and eroded civic bonds among those who remained. Roger Chickering offers the most comprehensive history ever written of a German city at war. The book will appeal to urban and military historians, as well as to social and cultural historians.