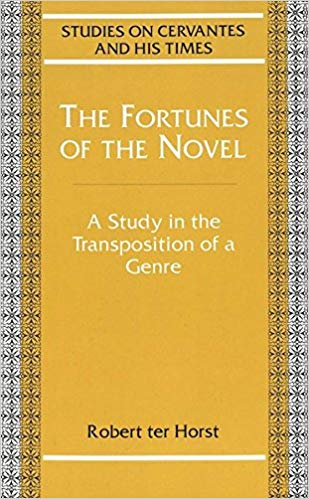 The Fortunes of the Novel examines the early emergence of the novel as a genre in Spain and its subsequent rise in England. Until the sixteenth century, poetic space had never been occupied by material concerns such as hunger, which had, in fact, been disvalued and rigorously excluded from literature. The consequent combat between poetic anti-material morality and an almost irresistible new economic motivation played itself out in Spain in a great preparatory triad composed of Lazarillo de Tormes, Alemán’s Guzmán de Alfarache, and Cervantes’ La gitanilla. The novel floundered as a result of undercapitalization, but was revived in England by Daniel Defoe’s transposition of the Hispanic fictive inheritance. Ultimately, Walter Scott was the one to establish the novel as a genre that is legally conveyable and inheritable, and passed it on to Dickens, who, in Our Mutual Friend, finally produced a sufficient capital that is both poetic and good.

ter Horst, Robert (NHC Fellow, 1982–83). The Fortunes of the Novel: A Study in the Transposition of a Genre. Studies on Cervantes and His Times. New York: Peter Lang, 2003.