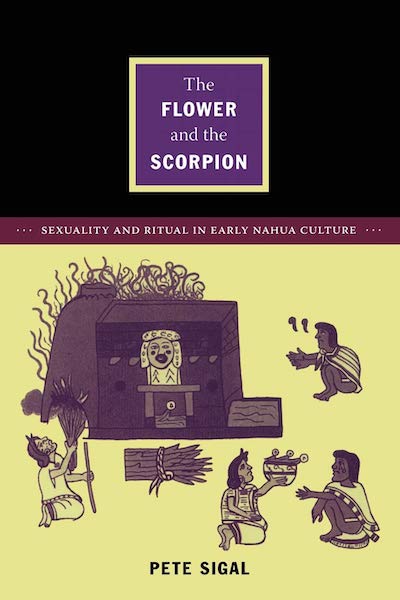 Prior to the Spanish conquest, the Nahua indigenous peoples of central Mexico did not have a notion of “sex” or “sexuality” equivalent to the sexual categories developed by colonial society or those promoted by modern Western peoples. In this innovative ethnohistory, Pete Sigal seeks to shed new light on Nahua concepts of the sexual without relying on the modern Western concept of sexuality. Along with clerical documents and other Spanish sources, he interprets the many texts produced by the Nahua. While colonial clerics worked to impose Catholic beliefs—particularly those equating sexuality and sin—on the indigenous people they encountered, the process of cultural assimilation was slower and less consistent than scholars have assumed. Sigal argues that modern researchers of sexuality have exaggerated the power of the Catholic sacrament of confession to change the ways that individuals understood themselves and their behaviors. At least until the mid-seventeenth century, when increased contact with the Spanish began to significantly change Nahua culture and society, indigenous peoples, particularly commoners, related their sexual lives and imaginations not just to concepts of sin and redemption but also to pleasure, seduction, and rituals of fertility and warfare.