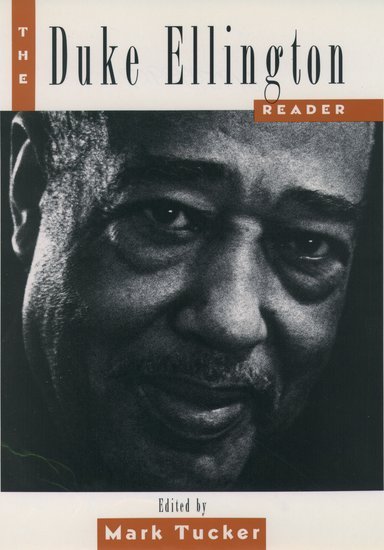 Duke Ellington is universally recognized as one of the towering figures of 20th-century music, both a brilliant composer and one of the preeminent musicians in jazz history. From early pieces such as East St. Louis Toodle-O, Black and Tan Fantasy, It Don't Mean a Thing, and Mood Indigo, to his more complex works such as Reminiscing in Tempo and Black, Brown and Beige, to his later suites and sacred concerts, he left an indelible mark on the musical world. Now, in The Duke Ellington Reader, Mark Tucker offers the first historical anthology of writings about this major African-American musician. The volume includes over a hundred selections--interviews, critical essays, reviews, memoirs, and over a dozen writings by Ellington himself--with generous introductions and annotations for each selection provided by the editor. The result is a unique sourcebook that illuminates Ellington's work and reveals the profound impact his music has made on listeners over the years.

The writers gathered here represent a Who's Who of jazz criticism: Gunther Schuller, Whitney Balliett, Martin Williams, Gary Giddins, Stanley Crouch, Albert Murray, Nat Hentoff, Hugues Panassie, Stanley Dance, to name just a few. Their writings span Ellington's entire career, from the days when Duke Ellington's Washingtonians appeared at New York's Club Kentucky ("Probably the 'hottest' band this side of the equator"), to the Duke's glorious reign at the Cotton Club, to his later years as global ambassador of American music. Tucker has included some of the classic essays written about Ellington, such as R. D. Darrell's "Black Beauty," the first significant critical essay on Ellington's work and still one of the most important; Richard O. Boyer's lengthy New Yorker profile "The Hot Bach," printed here in its entirety; and Martin Williams's "Form Beyond Form," one of the best capsule introductions to Ellington's art. Throughout the book, the reader receives a balanced overview of Ellington's life as composer and performer, as public personality and private individual. Tucker provides a number of pieces on Ellington's compositions, including an entire chapter devoted to critical response to Ellington's Black, Brown and Beige, and there are also many moving pieces on Ellington the man, such as Ralph Ellison's tribute to Ellington on his 70th birthday, and Stanley Dance's funeral address. Finally, Tucker rounds out the collection with profiles on many of the outstanding musicians who worked with Ellington, among them Johnny Hodges, Bubber Miley, Billy Strayhorn, Ivie Anderson, Sonny Greer, Joe "Tricky Sam" Nanton, and Ben Webster.
This is a landmark volume in jazz criticism, a kaleidoscopic portrait of Duke Ellington's creative world, documenting his extraordinary achievements as composer, songwriter, bandleader, and pianist. It is an essential companion for Ellington enthusiasts, jazz fans, and serious students of American music.

Jazz Book of the Century ()