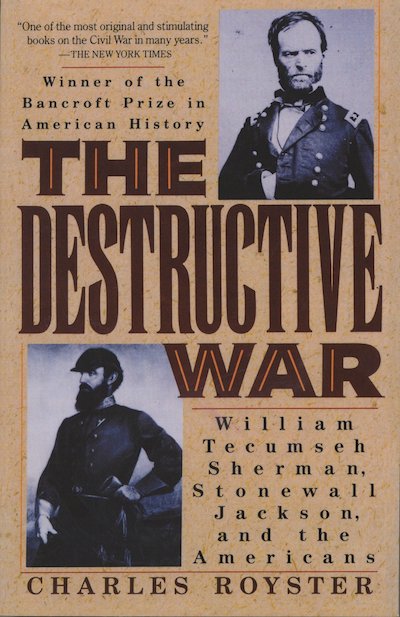 From the moment the Civil War began, partisans on both sides were calling not just for victory but for extermination. And both sides found leaders who would oblige. In this vivid and fearfully persuasive book, Charles Royster looks at William Tecumseh Sherman and Stonewall Jackson, the men who came to embody the apocalyptic passions of North and South, and re-creates their characters, their strategies, and the feelings they inspired in their countrymen. At once an incisive dual biography, hypnotically engrossing military history, and a cautionary examination of the American penchant for patriotic bloodshed, The Destructive War is a work of enormous power.