The Continuous and the Discrete: Ancient Physical Theories from a Contemporary Perspective - National Humanities Center 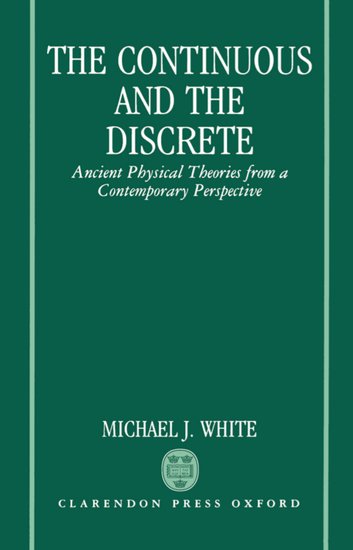 This book presents a detailed analysis of three ancient models of spatial magnitude, time, and local motion. The Aristotelian model is presented as an application of the ancient, geometrically orthodox conception of extension to the physical world. The other two models, which represent departures from mathematical orthodoxy, are a "quantum" model of spatial magnitude, and a Stoic model, according to which limit entities such as points, edges, and surfaces do not exist in (physical) reality. The book is unique in its discussion of these ancient models within the context of later philosophical, scientific, and mathematical developments.