The Constitutional Origins of the American Revolution - National Humanities Center 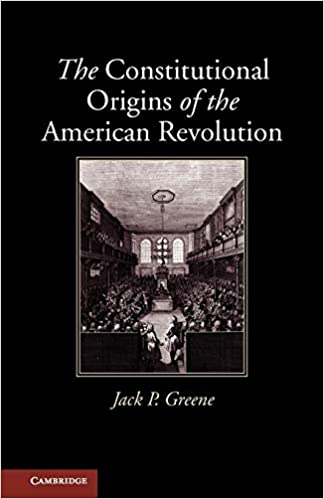 Using the British Empire as a case study, this succinct study argues that the establishment of overseas settlements in America created a problem of constitutional organization that created deep and persistent tensions within the empire during the colonial era and that the failure to resolve it was the principal element in the decision of thirteen continental colonies to secede from the empire in 1776. Challenging those historians who have assumed that the British had the law on their side during the debates that led to the American Revolution, this volume argues that the empire had long exhibited a high degree of constitutional multiplicity, with each colony having its own discrete constitution and the empire as whole having an uncodified working customary constitution that determined the way authority was distributed within the empire. Contending that these constitutions cannot be conflated with the metropolitan British constitution, it argues that British refusal to accept the legitimacy of colonial understandings of the sanctity of the many colonial constitutions and the imperial constitution was the critical element leading to the American Revolution.