The Boundaries of Genre: Dostoevsky's Diary of a Writer and the Traditions of Literary Utopia - National Humanities Center 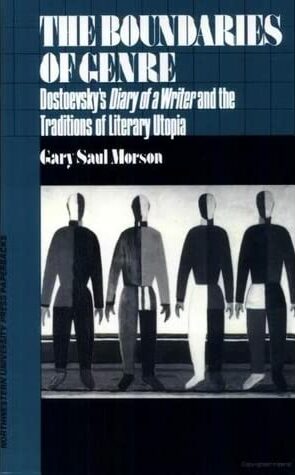 Using Dostoevsky's most radical experiment in literary form as a springboard, Gary Saul Morson examines a number of key topics in contemporary literary theory, including the nature of literary genres and their relation to interpretation. He convincingly argues that genre is not a property of texts alone but arises from the interaction between texts and readers. Observing that changing conventions of interpretation and classifciation may alter the perception of particular works, Morson considers a number of problematic texts that have been read according to two contradictory sets of conventions - "boundary works" - and a futher group of texts - "threshold works" such as Dostoevsky's Diary of a writer - that were evidently designed by their authors to exploit this kind of hermeneutic ambivalence. Morson explores the nature of the literary utopia and its parodic form, the anti-utopia, and, returning to Dostoevsky's Diary as his example, a third form which exists as a sort of open dialogue of utopia and anti-utopia.