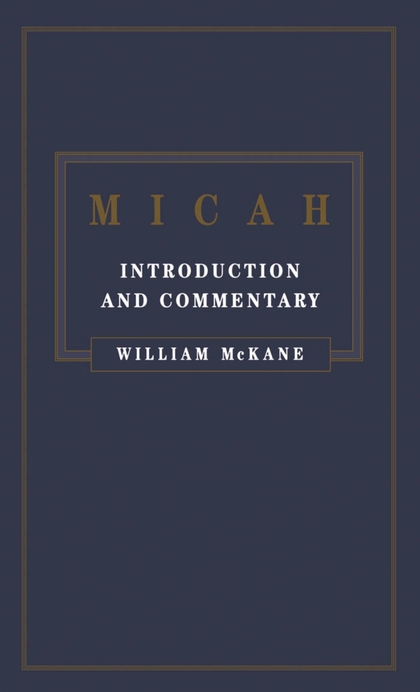 A comprehensive new translation and commentary by one of today's most widely acclaimed scholars in the field.Professor McKane's work, referring closely to the Hebrew text, the Ancient Versions, and the Jewish medieval commentaries, has a strong textual and lexicographical interest. McKane contends that the Book of Micah represents considerably more than the work of the eighth-century prophet, being developed and supplemented as it discharged a function in the public lament which followed the fall of Jerusalem and in the later prophecies of hope towards the end of the exile.A significant new work for study and reference.