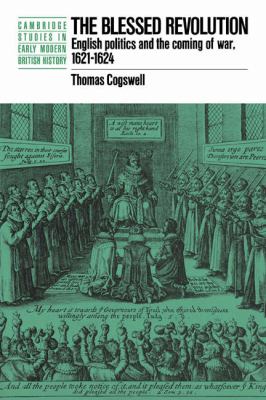 This book examines the background to the English military intervention in the Thirty Years War. Blending accounts of diplomacy and factional in-fighting at Court with parliamentary and popular politics, it aims to illuminate the 'revolution' of 1624 when the Palatine crisis forced James I to abandon his long-held dream of an Anglo-Spanish dynastic alliance in favour of a more aggressive policy against the Habsburgs. In studying the English polity in a period of crisis, Professor Cogswell challenges many of the revisionist assumptions about early seventeenth-century England and highlights the dangers in confusing the history of Court faction with the broader political history of the period. In particular, the author stresses the vital importance of Parliament, an institution which in 1624 had no trouble delaying the passage of the subsidy bill until the government redressed a long list of grievances. Indeed, the 'blessed revolution' celebrated the evolution of Parliament into what many contemporaries regarded as its proper role in the state as much as it did the collapse of the longstanding Anglo-Spanish entente.