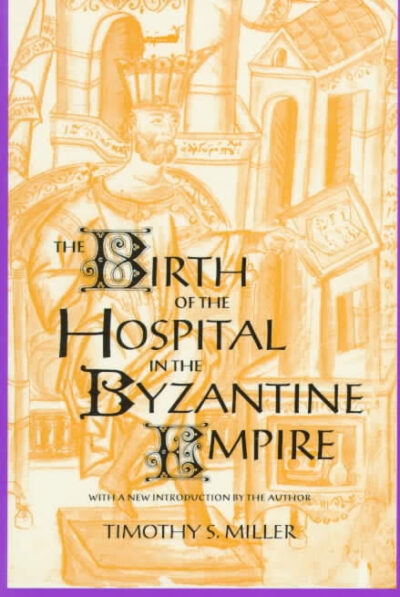 Medical historians have traditionally claimed that modern hospitals emerged during the latter half of the nineteenth century. Premodern hospitals, according to many scholars, existed mainly as refuges for the desperately poor and sick, providing patients with little or no medical care. Challenging this view in a compelling survey of hospitals in the East Roman Empire, Timothy Miller traces the birth and development of Byzantine xenones, or hospitals, from their emergence in the fourth century to their decline in the fifteenth century, just prior to the Turkish conquest of Constantinople. These sophisticated medical facilities, he concludes, are the true ancestors of modern hospitals. In a new introduction to this paperback edition, Miller describes the growing scholarship on this subject in recent years.

Miller, Timothy S. (NHC Fellow, 1982–83). The Birth of the Hospital in the Byzantine Empire. The Henry E. Sigerist Supplements to the Bulletin of the History of Medicine. Baltimore: Johns Hopkins University Press, 1985.