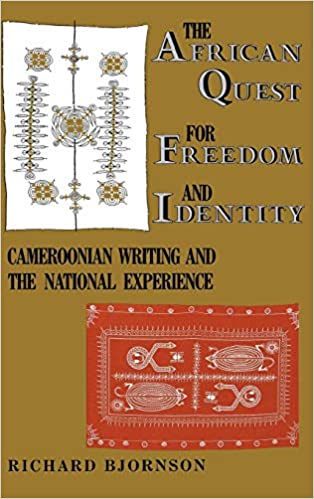 Independence generated the promise of a better future for the ethnically diverse populations of African countries, but during the past thirty years economic and political crises have called into question the legitimacy of speaking about nationhood in Africa. Richard Bjornson argues here that a national consciousness can indeed be seen in the shared systems of references made possible by the emergence of literate cultures. By tracing the evolution of literate culture in Cameroon from the colonial period to the present and by examining a broad spectrum of writing in its social, political, economic, and cultural contexts, Bjornson shows how the concepts of freedom and identity have become the dominant concerns of the country's writers, and he relates those themes to the history of Cameroon's as a complex modern state. Bjornson also analyzes in detail works by writers such as Mongo Beti, Ferdinand Oyono, Marcien Towa, Guillaume Oyono-Mbia, René Philombe, and Francis Bebey.