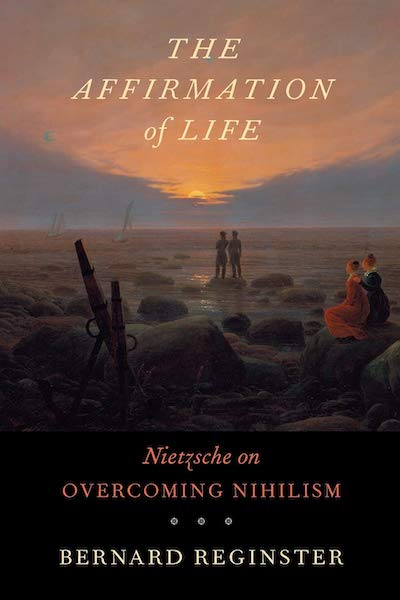 Among all the great thinkers of the past two hundred years, Nietzsche continues to occupy a special place—not only for a broad range of academics but also for members of a wider public, who find some of their most pressing existential concerns addressed in his works. Central among these concerns is the question of the meaning of a life characterized by inescapable suffering, at a time when the traditional responses inspired by Christianity are increasingly losing their credibility. While most recent studies of Nietzsche’s works have lost sight of this fundamental issue, Bernard Reginster’s book The Affirmation of Life brings it sharply into focus.

Reginster identifies overcoming nihilism as a central objective of Nietzsche’s philosophical project, and shows how this concern systematically animates all of his main ideas. In particular, Reginster’s work develops an original and elegant interpretation of the will to power, which convincingly explains how Nietzsche uses this doctrine to mount a critique of the dominant Christian values, to overcome the nihilistic despair they produce, and to determine the conditions of a new affirmation of life. Thus, Reginster attributes to Nietzsche a compelling substantive ethical outlook based on the notions of challenge and creativity—an outlook that involves a radical reevaluation of the role and significance of suffering in human existence.

Replete with deeply original insights on many familiar—and frequently misunderstood—Nietzschean concepts, Reginster’s book will be essential to anyone approaching this towering figure of Western intellectual history.