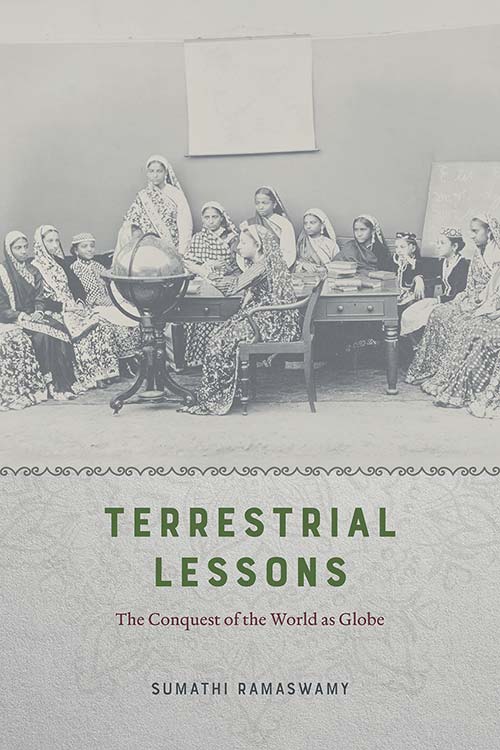 Chicago: The University of Chicago Press, 2017

Why and how do debates about the form and disposition of our Earth shape enlightened subjectivity and secular worldliness in colonial modernity? Sumathi Ramaswamy explores this question for British India with the aid of the terrestrial globe, which since the sixteenth century has circulated as a worldly symbol, a scientific instrument, and not least an educational tool for inculcating planetary consciousness.

In Terrestrial Lessons, Ramaswamy provides the first in-depth analysis of the globe’s history in and impact on the Indian subcontinent during the colonial era and its aftermath. Drawing on a wide array of archival sources, she delineates its transformation from a thing of distinction possessed by elite men into that mass-produced commodity used in classrooms worldwide—the humble school globe. Traversing the length and breadth of British India, Terrestrial Lessons is an unconventional history of this master object of pedagogical modernity that will fascinate historians of cartography, science, and Asian studies.

Ramaswamy, Sumathi (NHC Fellow, 2013–14). Terrestrial Lessons: The Conquest of the World as Globe. Chicago: The University of Chicago Press, 2017.