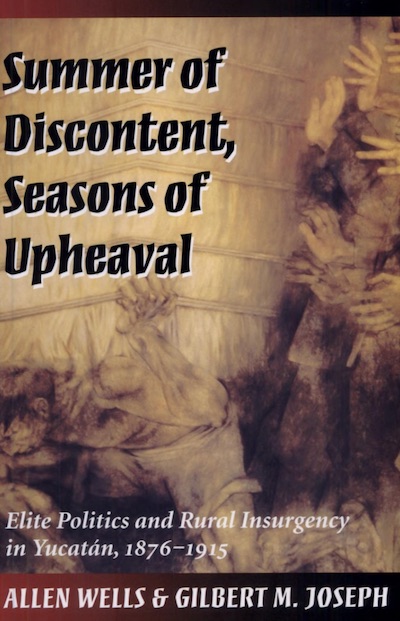 This book addresses a central problem often ignored by students of twentieth-century Mexico: the breakdown of the old order during the first years of the revolutionary era. That process was more contested and gradual in Yucatan than in any other Mexican region, and this close examination of the Yucatan experience sheds light on an issue of particular relevance to students of Central America, South America’s southern cone, and other postcolonial societies: the capacity of national oligarchies to “hang on” in the face of escalating social change, the outbreak of local rebellions, and the mobilization of multiclass coalitions.

Latin American historiography has generally failed to integrate the study of popular movements and rebellions with examinations of the determined efforts of elite establishments to prevent, contain, crush, and, ultimately, ideologically appropriate such rebellions. Most often, these problems are treated separately. This volume seeks to redress this imbalance by probing a set of linkages that is central to the study of Mexico’s modern past: the complex, reciprocal relationship between modes of contestation and structures and discourses of power.