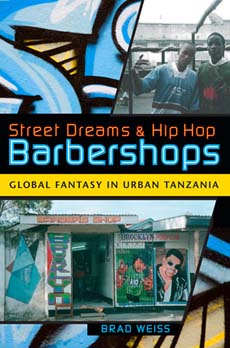 For young men in urban Tanzania, barbershops are sites of the struggle to earn a living amid economic crisis. With names like Brooklyn Barber House and Boyz II Men, these workplaces are also nodes in an explosion of popular culture that appropriates images drawn from the global circulation of hip hop music, fashion, and celebrity. Street Dreams and Hip Hop Barbershops grapples with the implications of globalization and neoliberalism for urban youth in Africa today, exploring urban Tanzanians' complex, new ways of understanding their place in the world.