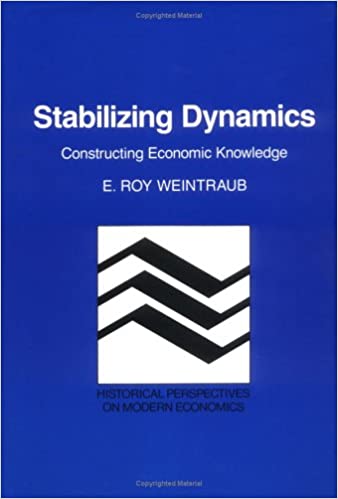 Today, economic theory is a mathematical theory, but that was not always the case. Major changes in the ways economists presented their arguments to one another occurred between the late 1930s and the early 1950s; over that period the discipline became mathematized. Professor Weintraub, a noted scholar of the modern history of economic thought, argues that those changes were not merely cosmetic: The mathematical forms of the arguments significantly altered the substance of the arguments. Stabilizing Dynamics is particularly concerned with the ways in which the rich and confusing talk of the 1930s evolved, over a fifteen-year period, into technical analysis of some mathematical structures. The author describes the context for the history of that change, locating it in the broader intellectual currents, and shows how the history of modern economics can be seen as a confluence of several disparate traditions. Historiographically, this book offers one of the first constructivist accounts of modern economic analysis.