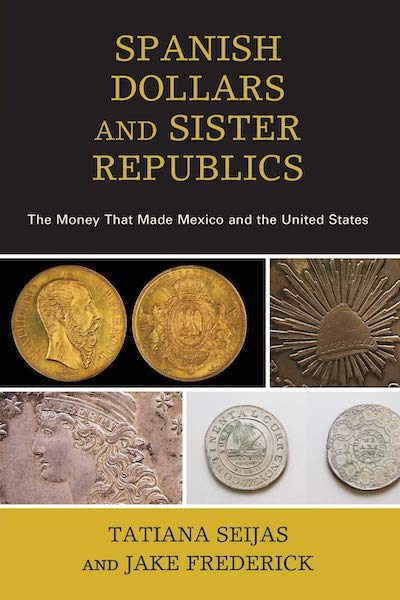 Spanish Dollars and Sister Republics traces the linked history of the new nations of Mexico and the United States from the 1770s to the 1860s. Tatiana Seijas and Jake Frederick highlight the common challenges facing both countries in their early decades of independence by exploring the creation of coin money. The remarkable story begins when both countries chose the Spanish piece of eight (silver coin) as their monetary standard. The authors examine how each nation instituted its own currency, designed coins to represent its national ideals, and then spent decades trying to establish the legitimacy of its money. Readers learn about the creation and circulation of money through the stories of a banker in Philadelphia, a Mexican general in Texas, a surveyor in Sonora, and others. The focus on individuals provides an engaging window into the economic history of Mexico and the United States. Seijas and Frederick show how the creation of U.S. dollars and Mexican pesos paralleled these countries’ efforts to establish enduring political and economic systems, illustrating why these nations closed the nineteenth century on very different historical trajectories.