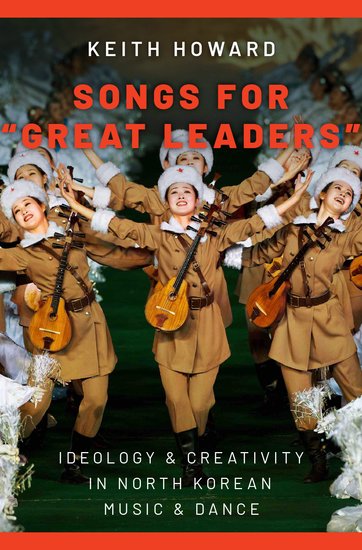 "Famously reclusive and secretive, North Korea can be seen as a theatre that projects itself through music and performance. The first book-length account of North Korean music and dance in any language other than Korean, Songs for "Great Leaders" pulls back the curtain on this theatre for the first time.

Renowned ethnomusicologist Keith Howard moves from the first songs written in the northern part of the divided Korean peninsula in 1946 to the performances in February 2018 by a North Korean troupe visiting South Korea for the Pyeongchang Winter Olympic Games. Through an exceptionally wide range of sources and a perspective of deep cultural competence, Howard explores old revolutionary songs and new pop songs, developments of Korean instruments, the creation of revolutionary operas, and mass spectacles, as well as dance and dance notation, and composers and compositions. The result is a nuanced and detailed account of how song, together with other music and dance production, forms the soundtrack to the theater of daily life, embedding messages that tell the official history, the exploits of leaders, and the socialist utopia yet-to-come. Based on fieldwork, interviews, and resources in private and public archives and libraries in North Korea, South Korea, China, North America and Europe, Songs for "Great Leaders" opens up the North Korean regime in a way never before attempted or possible."