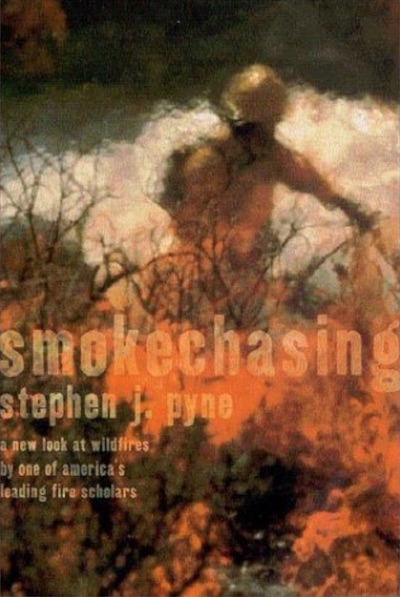 "Painting, architecture, politics, even gardening and golf—all have their critics and commentators," observes Stephen Pyne. "Fire does not." Aside from news reports on fire disasters, most writing about fire appears in government reports and scientific papers—and in journalism that has more in common with the sports page than the editorial page.

Smokechasing presents commentaries by one of America's leading fire scholars, who analyzes fire the way another might an election campaign or a literary work. "Smokechasing" is an American coinage describing the practice of sending firefighters into the wild to track down the source of reported smoke. Now a self-described "friendly fire critic" tracks down more of the history and lore of fire in a collection that focuses on wildland fire and its management. Building on and complementing a previous anthology, World Fire, this new collection features thirty-two original articles and substantial revisions of works that have previously appeared in print. Pyne addresses many issues that have sparked public concern in the wake of disastrous wildfires in the West, such as fire ecology, federal fire management, and questions relating to fire suppression. He observes that the mistake in fire policy has been not that wildfires are suppressed but that controlled fires are no longer ignited; yet the attempted forced reintroduction of fire through prescribed burning has proved difficult, and sometimes damaging. There are, Pyne argues, many fire problems; some have technical solutions, some not. But there is no evading humanity's unique power and responsibility: what we don't do may be as ecologically powerful as what we do.

Throughout the collection, Pyne makes it clear that humans and fire interact at particular places and times to profoundly shape the world, and that understanding the contexts in which fire occurs can tell us much about the world's natural and cultural landscapes. Fire's context gives it its meaning, and Smokechasing not only helps illuminate those contexts but also shows us how to devise new contexts for tomorrow's fires.