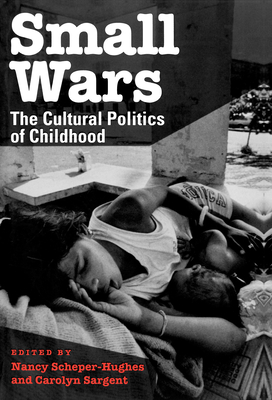 Small Wars gathers together a hard-hitting series of essays that demonstrate how, at the close of the twentieth century, the world's children are affected by global political-economic structures and by everyday practices embedded in the micro-level interactions of local cultures. Perceived as avenging spirits of aborted fetuses in Japan; as obstacles to, or desired commodities of, narcissistic adult fulfillment in North America; as foot soldiers cast onto the paths of drug wars in Spanish Harlem and ethnic wars in the former Yugoslavia; and as "street kids" and public enemies of the middle classes in Brazil, children—these authors suggest—are losing ground. The modern conception of the child as vulnerable and needing protection is giving way to that of the child as miniature adult, a full-circle return to Philippe Ariès's notion of premodern childhood.

The authors raise vital questions about social and structural violence and its impact on children and families; about policies that portray children as innocent victims on the one hand and as irredeemable criminals on the other; and about the global economic and political conditions that place many of the world's children at risk. Providing groundbreaking contributions to the contemporary social history and ethnography of childhood, this volume will be important to readers across the social sciences.