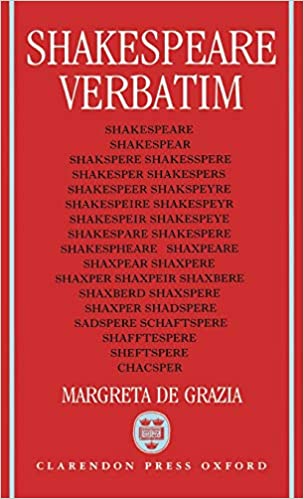 This study challenges traditional treatments of Shakespeare through a study of their textual imperatives in the late eighteenth century. The examination of earlier treatments demonstrates that concepts now basic to Shakespeare were once largely irrelevant. Only with Edmond Malone's 1790 Shakespeare edition do such criteria as authenticity, historical periodization, factual biography, chronological development, and in-depth reading become necessary as parts of a tightly interlocked textual schema. Their emergence, this text shows, must be seen as a specific historical response to the problem the Shakespeare corpus has posed since its definition by the 1623 Folio: what to make of its heterogeneity and irregularity. Malone's apparatus unified and regulated the texts by making them accountable to Shakespeare the "Author."