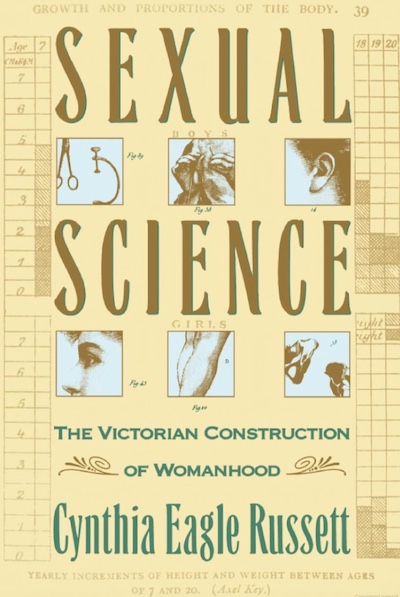 One scarcely knows whether to laugh or cry. The spectacle presented in Cynthia Russett’s splendid book of nineteenth-century white male scientists and thinkers earnestly trying to prove women inferior to men—thereby providing, along with “savages” and “idiots,” an evolutionary buffer between men and animals—is by turns appalling, amusing, and saddening. Surveying the work of real scientists as well as the products of more dubious minds, Russett has produced a learned yet immensely enjoyable chapter in the annals of human folly.

At the turn of the century science was successfully challenging the social authority of religion; scientists wielded a power no other group commanded. Unfortunately, as Russett demonstrates, in Victorian sexual science, empiricism tangled with prior belief, and scientists’ delineation of the mental and physical differences between men and women was directed to show how and why women were inferior to men. These men were not necessarily misogynists. This was an unsettling time, when the social order was threatened by wars, fierce economic competition, racial and industrial conflict, and the failure of society to ameliorate poverty, vice, crime, illnesses. Just when men needed the psychic lift an adoring dependent woman could give, she was demanding the vote, higher education, and the opportunity to become a wage earner!

No other work has treated this provocative topic so completely, nor have the various scientific theories used to marshal evidence of women’s inferiority been so thoroughly delineated and debunked. Erudite enough for scholars in the history of science, intellectual history, and the history of women, this book with its stylish presentation will also attract a large nonspecialist audience.