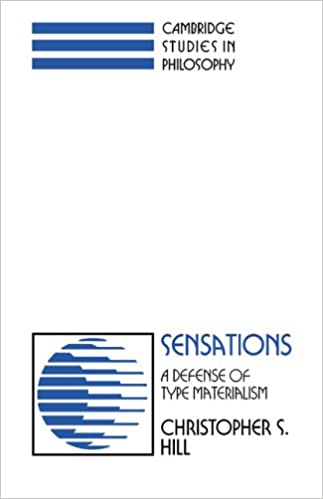 This is a book about sensory states and their apparent characteristics. It confronts a whole series of metaphysical and epistemological questions and presents an argument for type materialism: the view that sensory states are identical with the neural states with which they are correlated. According to type materialism, sensations are only possessed by human beings and members of related biological species; silicon-based androids cannot have sensations. The author rebuts several other rival theories (dualism, double aspect theory, eliminative materialism, functionalism), and explores a number of important issues: the forms and limits of introspective awareness of sensations, the semantic properties of sensory concepts, knowledge of other minds, and unity of consciousness. The book is a significant contribution to the philosophy of mind, and has much to say to psychologists and cognitive scientists.