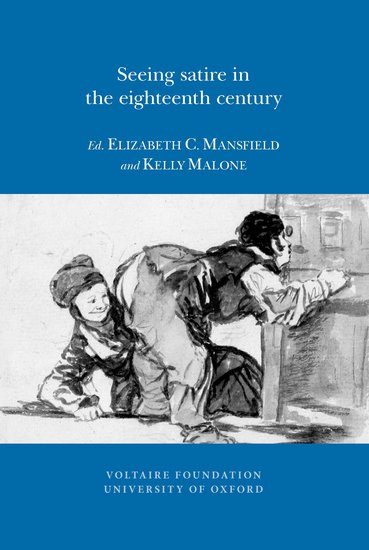 A moment in history when verbal satire, caricature, and comic performance exerted unprecedented influence on society, the Enlightenment sustained a complex, though now practically invisible, culture of visual humor. In Seeing satire in the eighteenth century contributors recapture the unique energy of comic images in the works of key artists and authors whose satirical intentions have been obscured by time. From a decoding of Charles-Germain de Saint-Aubin's Livre de caricatures as a titillating jibe at royal and courtly figures, a reinterpretation of the man's muff as an emblem of foreignness, foppishness and impotence, a reappraisal of F. X. Messerschmidt's sculpted heads as comic critiques of Lavater's theories of physiognomy, to the press denigration of William Wilberforce's abolitionist efforts, visual satire is shown to extend to all areas of society and culture across Europe and North America. By analysing the hidden meaning of these key works, contributors reveal how visual comedy both mediates and intensifies more serious social critique. The power of satire's appeal to the eye was as clearly understood, and as widely exploited in the Enlightenment as it is today. Includes over 80 illustrations.