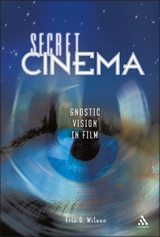 In the last twenty years or so, numerous mainstream movies have drawn from the ideas and images of ancient thought to address the collapse of appearance and reality. These films have consistently featured the Gnostic currents that emerged from Plato: not only Gnosticism itself but also Cabbala and alchemy. Despite important differences, these traditions have provided filmmakers with ready-made ruminations on the relationship between surface and depth as well as with engaging plot lines and striking scenes. In films like The Matrix (1999) and The Truman Show (1998), Gnostic myths have offered speculations on the real as well as conspiracy theories. The Cabbalistic motif of golem-making has provided such movies as A.I. (2001) and Blade Runner (1982) with mediations on the human and with parables of machines yearning for life. Pictures like Dead Man (1996) and Altered States (1980) have drawn on alchemical symbols to explore the possibilities of transmutation and to feature stories of the dead rising to life. Recent commercial Gnostic films are meditations on the conundrums of the post-modern age and the timeless soul. These pictures constitute archetypal sites for sacred contemplation. They create spaces akin to the caves of Eleusis or Lascaux, chambers where habits are annihilated and the ego is shattered. Maybe this spiritual attraction is the secret reason behind the recent abundance of Gnostic films. If so, then the dream factory is betraying its purpose. It is negating its deceptions and sales in the name of a bewildering reality that cannot be found. Secret Cinema explores these possibilities through engaging in three related activities. One, the book establishes the theoretical foundations and implications of the genre of Gnostic cinema. It develops these theoretical elements in the contexts of Gnosticism and the esoteric traditions emerging from it, Cabbala and alchemy. Two, in undertaking this work, Wilson considers several collateral issues. The book discusses the functions of genre, the relationships between cinema and psychology, the connections between the moving image and sacred power, the role of the cinematographic apparatus, and the romance of film. Three, the book is a broad meditation on the seductions of cinema. It is attuned to material attractions of the movies, those gorgeous lights and lurid shadows, but also the film's spiritual invitations, the gaps between the pictures, the empty spaces at the heart of life.