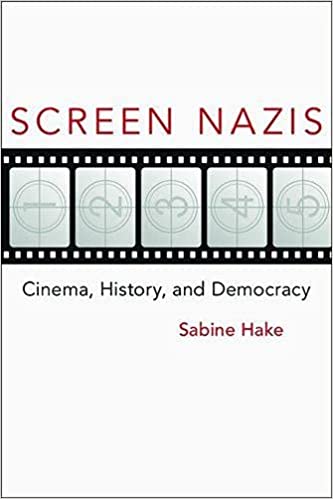 From the late 1930s to the early twenty-first century, European and American filmmakers have displayed an enduring fascination with Nazi leaders, rituals, and symbols, making scores of films from Confessions of a Nazi Spy (1939) and Watch on the Rhine (1943) through Des Teufels General (The Devil’s General, 1955) and Pasqualino settebellezze (Seven Beauties, 1975), up to Der Untergang (Downfall, 2004), Inglourious Basterds (2009), and beyond.

Probing the emotional sources and effects of this fascination, Sabine Hake looks at the historical relationship between film and fascism and its far-reaching implications for mass culture, media society, and political life. In confronting the specter and spectacle of fascist power, these films not only depict historical figures and events but also demand emotional responses from their audiences, infusing the abstract ideals of democracy, liberalism, and pluralism with new meaning and relevance.