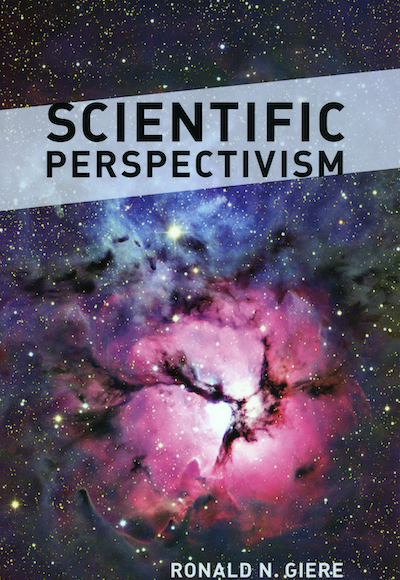 Chicago: The University of Chicago Press, 2006

Many people assume that the claims of scientists are objective truths. But historians, sociologists, and philosophers of science have long argued that scientific claims reflect the particular historical, cultural, and social context in which those claims were made. The nature of scientific knowledge is not absolute because it is influenced by the practice and perspective of human agents. Scientific Perspectivism argues that the acts of observing and theorizing are both perspectival, and this nature makes scientific knowledge contingent, as Thomas Kuhn theorized forty years ago.

Using the example of color vision in humans to illustrate how his theory of “perspectivism” works, Ronald N. Giere argues that colors do not actually exist in objects; rather, color is the result of an interaction between aspects of the world and the human visual system. Giere extends this argument into a general interpretation of human perception and, more controversially, to scientific observation, conjecturing that the output of scientific instruments is perspectival. Furthermore, complex scientific principles—such as Maxwell’s equations describing the behavior of both the electric and magnetic fields—make no claims about the world, but models based on those principles can be used to make claims about specific aspects of the world.

Offering a solution to the most contentious debate in the philosophy of science over the past thirty years, Scientific Perspectivism will be of interest to anyone involved in the study of science.