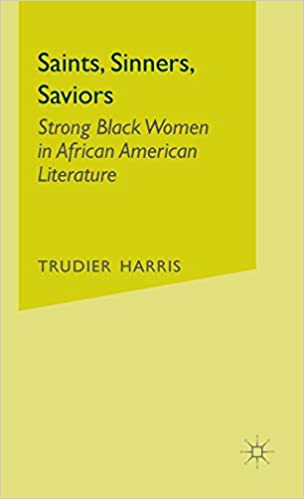 Saints, Sinners, Saviors: Strong Black Women in African American Literature posits strength as a frequently contradictory and damaging trait for black women characters in several literary works of the twentieth century. Authors of these works draw upon popular images of African American women in producing what they believe to be safe literary representations. Instead, strength becomes a problematic trait, at times a disease, in many characters in which it appears. It has a detrimental impact on the relatives and neighbors of such women as well as on the women themselves. The pattern of portraying women characters as strong in African American literature has become so pronounced that it has stifled the literature.