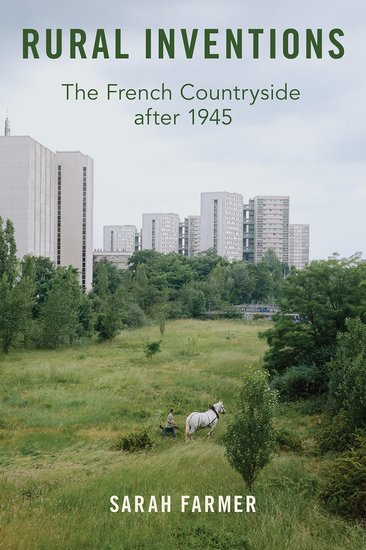 At the close of the twentieth century, even as globalization spurred the growth of megacities worldwide, inhabiting the French countryside had become an internationally-shared fantasy and practice. Accounts of moving into old farmhouses were bestsellers, and houses and barns built by peasants had been renovated as second homes throughout the rural hinterland. Such developments, Sarah Farmer argues, did not simply stem from nostalgia for a rural past or a desire to invest in real estate. Rather, they defined new versions of the rural that emerge in post-agrarian societies.

In post-World War II France, cutting-edge technological modernization and explosive economic growth uprooted rural populations and eroded the village traditions of a largely peasant nation. And yet, this book argues, rural France did not vanish in the sweeping transformations of the 1950s and 1960s. The French responded to the collapse of peasant society and threats to cherished landscapes by devising new ways of inhabiting the countryside, making them the sites of change and adaptation. In addition to the rise of restored peasant houses as second residences, Rural Inventions explores the utopian experiments in rural communes and in "going back to the land; environmentalism; the extraordinary success of peasant autobiographies; photography; and other representations through which the French revalorized rural life and landscapes. The peasantry as a social class may have died out, but the countryside persisted, valued as a site not only for agriculture but increasingly for sport and leisure, tourism, social and political engagement, and a natural environment worth protecting.

The postwar French state and the nation's rural and urban inhabitants, Sarah Farmer eloquently shows, remade the French countryside in relation to the city and to the world at large, not only invoking traditional France but also creating a vibrant and evolving part of the France yet to come.