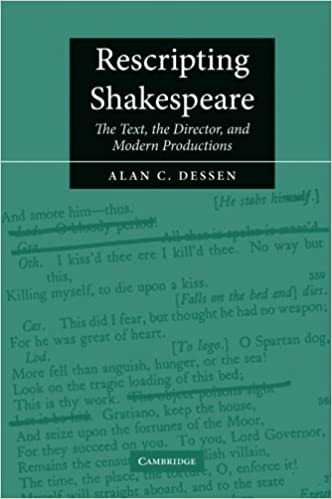 Alan Dessen focuses on the playtexts used for staging Shakespeare's plays, from almost three hundred productions of the last twenty five years. Dessen examines the process of rescripting--when directors make cuts to streamline the playscript, save running time, etc., and rewriting--when more extensive changes are made. He assesses what is lost and gained by rescripting, and the demands of presenting to contemporary audiences words targeted at players, playgoers, and playhouses that no longer exist. The results are of interest to theatrical professionals and historians.