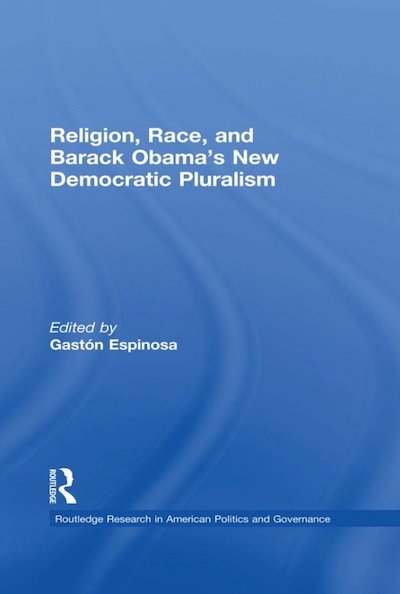 Contrary to popular claims, religion played a critical role in Barack Obama’s 2008 election as president of the United States. Religion, race, and gender entered the national and electoral dialogue in an unprecedented manner. What stood out most in the 2008 presidential campaign was not that Republicans reached out to religious voters but that Democrats did—and with a vengeance. This tightly edited volume demonstrates how Obama charted a new course for Democrats by staking out claims among moderate-conservative faith communities and emerged victorious in the presidential contest, in part, by promoting a new Democratic racial-ethnic and religious pluralism.

Comprising careful analysis by leading experts on religion and politics in the United States, Gastón Espinosa’s book details how ten of the largest segments of the American electorate voted and why, drawing on the latest and best available data, interviews, and sources. The voting patterns of Mainline Protestants, Evangelicals, Catholics, Jews, Muslims, and seculars are dissected in detail, along with the intersection of religion and women, African Americans, Latinos, and Asian Americans. The story of Obama’s historic election is an insightful prism through which to explore the growing influence of religion in American politics.