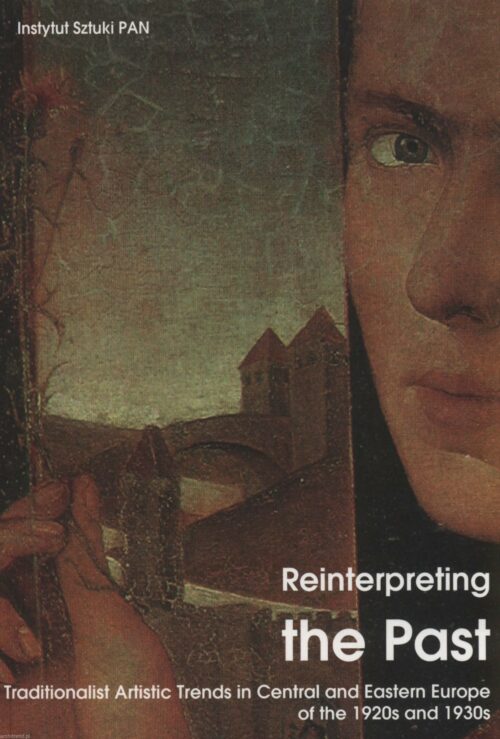 Reinterpreting the Past is a modified version of the collection of papers presented during an international conference organized in September 2006 by the Institute of Art of the Polish Academy of Sciences in Warsaw and the Institute of Art History of the Jagiellonian University in Krakow. The debate was attended by renowned art historians as well as young researchers from Croatia, Lithuania, Latvia, Germany, Poland, the Czech Republic, Romania, the United States, Ukraine and Hungary, making a significant contribution to pioneering research on traditionalist artistic trends developing in Central Europe and Eastern interwar period. The publication expresses the desire to create a transnational platform enabling the exchange of research experiences and the presentation of scientific projects related to the ideology that proclaimed the need to renew the socio-political order in the national states of the region. Reinterpreting the Past reflects the aura of nostalgia for traditional ethical and aesthetic values ​​that mastered the intellectual and artistic circles of Europe in the 1920s and 1930s, presents various formulas of classicism and realism understood as the antithesis of cosmopolitan post-impressionism and as an antidote to the radicalism of the avant-garde born on the eve of the war cataclysm. The authors of the book also reveal the areas of rapprochement and overlapping of modernism and trends that engage in dialogue with the past. The slogans of strengthening the national identity and shaping a new aesthetic sensitivity, based on cultural memory, promoted by the neo-humanists, confront the strategy of instrumentalising art in the cultural policy of the authoritarian and totalitarian political regimes of the 1930s. how the concept of the "new man", worthy heir of Renaissance anthropocentrism, rooted in native history and culture, embedded in the local community and landscape, contributed to the expansion of xenophobic sentiments and racial prejudices. Particular narratives reveal the tension between the centralist policy of governments consolidating society and the ideology of regionalism emphasizing idiosyncratic local traditions opposed to the process of urbanization, technicization and standardization of life.
Thanks to the use of various methodological perspectives, the authors of the volume presented a wide spectrum of classicising trends and variants of neorealism (idioms often interpenetrating and complementing each other) specific to the nation states of the Central and Eastern parts of the continent reconstructed after the Great War. Particular articles analyze the process of transformation of artistic patterns drawn from European centers (Rome, Paris, Berlin), which took place in the works of classicists and neorealists of Central Europe, assimilating "foreign" impulses in the context of native tradition and national aspirations.

The book demonstrates the need to revise such terms as "national art", "national style" and "cultural tradition", blurred concepts, variously defined in the interwar reflection on art and in contemporary literature on the subject. It also indicates the terminological complexities in the analysis of European traditionalism by presenting a wide range of terms used by researchers, such as "modern classicism", "living classicism", "objective-realistic art", "noble realism", "new realism", "social realism" "," Ethnographic traditionalism "," archaic traditionalism "or" primitivism ".

Reinterpreting the Past proves that the idea of ​​the revival of the national tradition implied more complex content in the eastern geopolitical region of Europe than in the West, combining respect for national heritage with the transposition of the artistic canon of European art. By emphasizing the national / ethnic / local cultural specificity in the context of the transnational ideological tendencies of interwar Europe, the authors of the book strive to transform the cultural map of the continent by incorporating into the resources of knowledge about art phenomena previously unknown, poorly recognized or ignored by generations of researchers. The following questions emerge from their considerations as well: Is the phrase "Central European art" adequate in relation to the analyzed material? Or should we be talking about art in Central Europe?