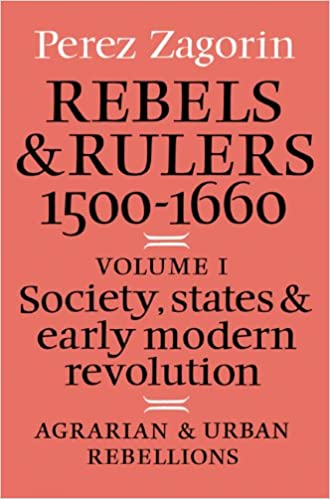 Rebels and Rulers, 1500–1660 is a comparative historical study of revolution in the greatest royal states of Western Europe during the sixteenth and the first half of the seventeenth centuries. Revolution as a general problem and the causes and character of revolution in early modern Europe have been among the most widely discussed and debated topics in history and the social sciences since the 1940s. Although the subject of social and political unrest and revolution in the early modern period has received much attention, and despite the existence of a very large literature devoted to particular revolutions of the time, no one has attempted the broad comparative synthesis that is given by Professor Zarogin in this study. Volume I of Rebels and Rulers presents a critical discussion of different concepts and interpretations of revolution, including Marxism. It reviews previous attempts to deal with early modern revolutions and suggests a typology appropriate to the latter. It then provides an extensive survey of the historical context in which these revolutions occurred: the social structures of orders and estates, the political system of monarchy and the process of absolutist state building, economic trends and fluctuations, and ideology. The volume concludes with a detailed treatment of peasant rebellions, especially in Germany and France, and with an equally close look at urban rebellions in France and the possessions of the Spanish monarchy, including the revolution of the Comuneros in Castile.