Ratio and Invention: A Study of Medieval Lyric and Narrative - National Humanities Center 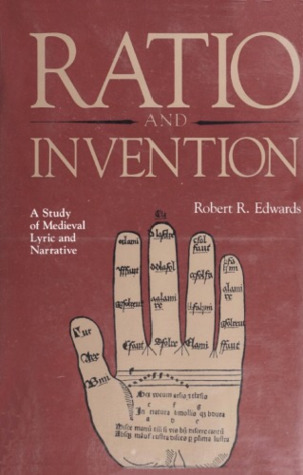 Edwards examines the complex relations of literary theory and practice in the Middle Ages. Analyzing medieval arts of poetry, he shows that literary theory is not merely prescriptive nor does it describe the poet's craft; rather, it is part of poetic discourse and becomes a source of poetic meaning. Edwards concentrates on two key analytical concepts of the period. St. Augustine connected lyric poetry to the principles of mathematical ordering, the ratio, presumed to underly music. By its association with music, the lyric modulates between the human and the divine, the ethical and the metaphysical. Medieval narrative drew on the procedures of invention originally developed in classical rhetoric. Edwards shows that the categories that distinguished actual from hypothetical events in narrative came to share a common ground in medieval literary theory. The result, in the high and late Middle Ages, was to emphasize the power of poetic fiction to frame a self-consistent imaginative world.