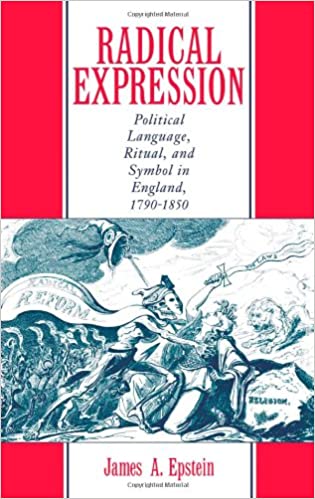 Radical Expression explores a set of related themes dealing with popular radical language, ideology and communication in England and reexamines the rhetoric of popular constitutionalism and the associated repertoire of constitutionalist mobilization. Despite the impulses of the French revolution, popular constitutionalism remained the dominant idiom within which radicals framed their democratic demands. The constitutionalist idiom was a "shared" cultural inheritance, a "master fiction" defining England's place in the universe of nations. It was for this reason that radicals struggled to appropriate its language, to give their own accent to its central terms and to tell the "real" story of the nation's constitutional past. This study also places particular emphasis on the symbolic and ritual elements within popular radicalism, including chapters on the dense web of meanings associated with the cap of liberty and the rituals of radical commemoration, toasting and dining. As a counterpoint to the volume's emphasis on constitutionalist modes of argumentation and mobilization, the book also includes a sustained consideration of the language, culture and style of plebeian rationalism.