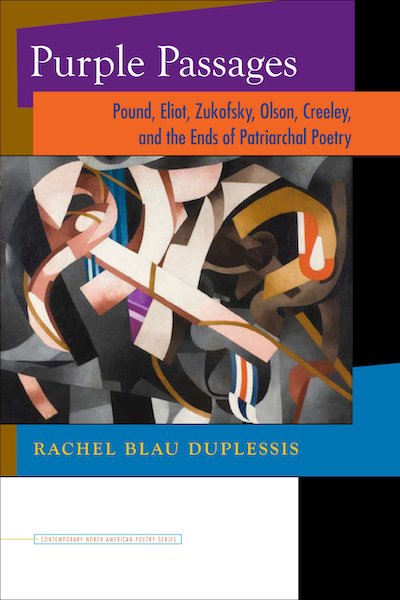 What is patriarchal poetry? How can it be both attractive and tempting and yet be so hegemonic that it is invisible? How does it combine various mixes of masculinity, femininity, effeminacy, and eroticism? At once passionate and dispassionate, Rachel Blau DuPlessis meticulously outlines key moments of choice and debate about masculinity among writers as disparate as Ezra Pound, T. S. Eliot, Louis Zukofsky, Charles Olson, Robert Creeley, and Allen Ginsberg, choices that construct consequential models for institutions of poetic practice.

As DuPlessis writes, “There are no genderless subjects in any relationship structuring literary culture: not in production, dissemination, or reception; not in objects, discourses, or practices; not in reading experiences or in interpretations.” And, as she reveals in careful and enthralling detail, for the poets at the center of this book, questions of masculinity loomed large and were continuously articulated in their self-creation as writers, in literary bonding, and in its deployment.

These gender-laden choices, debates, and contradictions all have a striking influence today. In this empathic yet critical historical polemic, DuPlessis reveals the outcomes of these many investments in the radical reconstruction of masculinity, in their strains, incompleteness, tensions—and failures. At the heart of modernist maleness and poetic practices are contradictions and urgencies, gender ideas both progressive and defensive.In a striking book on male behavior in poetic dyads, the third book in a feminist critical trilogy, DuPlessis tracks the poetic debates and arguments about gender that continuously affirm patriarchal poetry.